What have we been up to 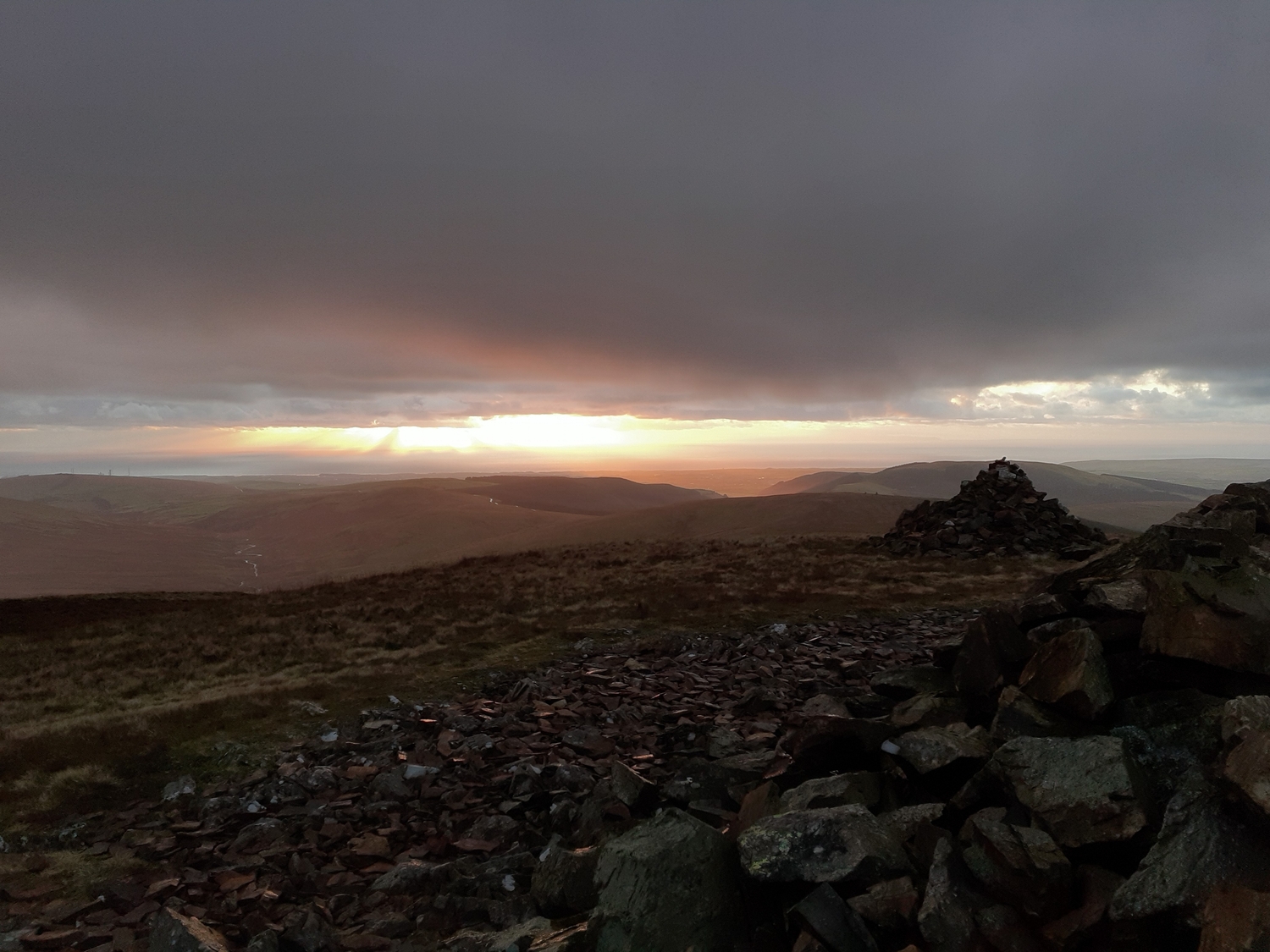 Ticking off all 214 Wainwrights

Scafell Pike all those years ago was my first ever Wainwright. It was done not long after being injured whilst undergoing rehabilitation in the Royal Marines. Since then all 214 have been summited by foot or running blade finally completing them this year 2020.
The Wainwrights are the 214 English peaks (known locally as fells) described in Alfred Wainwright's seven-volume Pictorial Guide to the Lakeland Fells (1955-66). They all lie within the boundary of the Lake District National Park in Cumbria, and all but one (Castle Crag) are over 1,000 feet (304.8 m) in height.
I had no intention when I started walking to set out to complete the Wainwrights. I had spent a lot of days out in the mountains and fells in preparation for my Mountain Leader Assessment and continued to go out into the fells for work and pleasure before being introduced to the idea.
My wife happened upon a tick list map showing all 214. What a great present! Challenge accepted...when I could find time.

Armed with my trusty companion (Khade) our Labrador dog, I set out over the years slowly ticking them off. 100 came and went by quite quickly, ticking off the big ones and completing obvious horseshoe walks. (Fairfield horseshoe, Newlands Round & Buttermere Fells) But as you tick more off, the more difficult it seemed to get, trying to tick off all the outlying fells.

There were some long days. Starting form Braithwaite and taking in the usual 5 fells of the Coledale Horseshoe and adding a few more totalling 12 summits during the day. These included Grasmoor, Grisedale Pike and Barrow. Particularly memorable was the fact that it was a gorgeous sun, cloud free day and having one knackered Labrador, who proceeded to give me the puppy dog eyes resulting in him having the last of the Soreen not me.

There were some days of incredible solitude. Setting off from Wasdale head in winter, and ticking off Pillar, Kirk Fell, Great Gable, Allen Crags, Great End and Scafell Pike (again) during a 2-day expedition not seeing a single soul until the final summit.
In fact, most trips out to the Western and North Western Fells resulted in isolated days but offer some of the most spectacular views.

And then there were those days that were really a non-starter. Thirty minutes into a walk near Loweswater I broke my leg...now luckily for me it was my prosthetic leg. The foot snapped clean off! This resulted in a very slow hobble back to the van walking on my leg like a pirate. A bit of climbing tape saved the day at the van I was luckily able to drive home. I eventually returned at a later date to tick off those on my list...this time on my running blade.

Then there was also the companionship. I'm happy most times on my own in the hills I enjoy the freedom, the challenge, the responsibility to yourself, but there were days joined by friends and family that are days which are far more unforgettable than the solo days.
Taking friends on Sharp Edge in winter to tick off Blencathra, doing a huge day in Wasdale finishing by headtorch just to earn that well deserved pint in the Screes. Running the whole of the Kentmere Horseshoe from Sadgill with my dad to tick off the elusive Mardale Ill Bell and walking with my wife carrying our new daughter to the top of Ling Fell.

In 2019 we sadly had to put our Labrador to sleep. This spurred me on to try and complete the remainder of the fells. I had an exhausting day in the Northern Fells running 20 miles to bag as many as possible in one day and spending nights in my van doing back to back days to get them done. However, with 4 remaining I conceded that 2020 would have to be the year and that Lingmoor Fell would be the final one.

I was joined again by friends and family and we walked through the drizzle to be rewarded with blue skies on the summit and a lovely panoramic of Coniston and the Langdale Valley. I had taken up Khade's ashes and sprinkled some on the summit, it was a fitting way to complete the tick list.

I would certainly encourage everyone to get out into the hills and tick off some Wainwrights. From big to small there is lots to choose from and lots to suit anybody need. It was a great journey. Will I do them again? Probably, why not!

Helm Crag 405m - This small fell overlooks the village of Grasmere. It holds some sentimental value with me as it can be seen from the place I got married.

Scafell 964m - As a climber it is steeped in rock climbing heritage and history. As a fell, it is probably always overlooked by its bigger brother as it offers a more difficult longer walk getting to the summit. There are challenging options to the summit via Broad Stand and Lords Rake. This air of intimidation is why I like it so much

Castle Crag 290m - the smallest of the Wainwrights and probably easiest in terms of walk. Offers amazing views down Derwent water looking all the way to Keswick. It also features an idyllic memorial to those of Borrowdale who paid the ultimate sacrifice in the Great War.

A grand day out

Helvellyn 850m - I have done Helvellyn from various approaches, through summer and in winter. It is achievable by several routes and varying levels of challenge. During good weather take the classic Striding Edge approach and descend by Swirral Edge.

A Wainwright of Solitude

Steeple 819m - This could also have been the fell that gave me the biggest surprise. I f I hadn't have started the Wainwrights I would never ever have stumbled onto this fell. It is surrounded by lots of big hitters like Pillar & Scafell Pike that others flock to, but this summit has fantastic views that is reached by a narrow ridge that gives it that wow factor. I had it all to myself (Plus Khade) and I imagine on most days that this is one of the lesser travelled fells in the lakes. 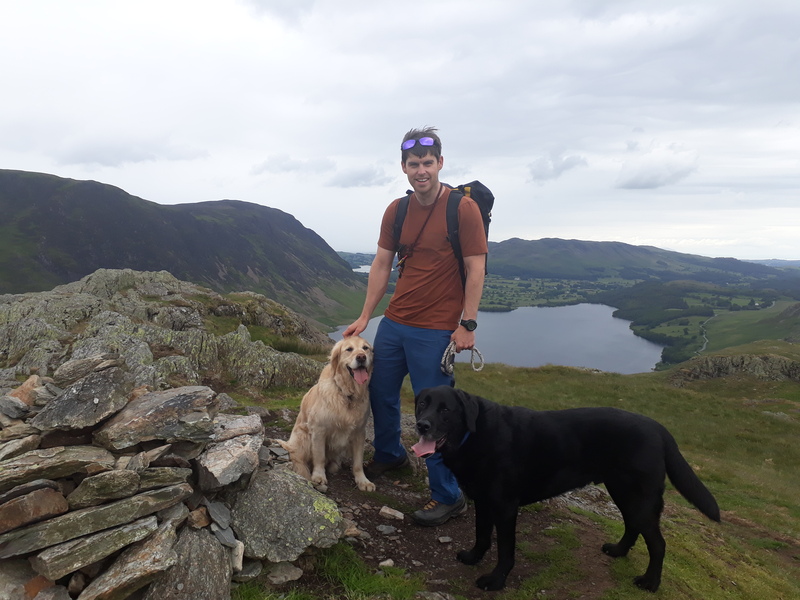 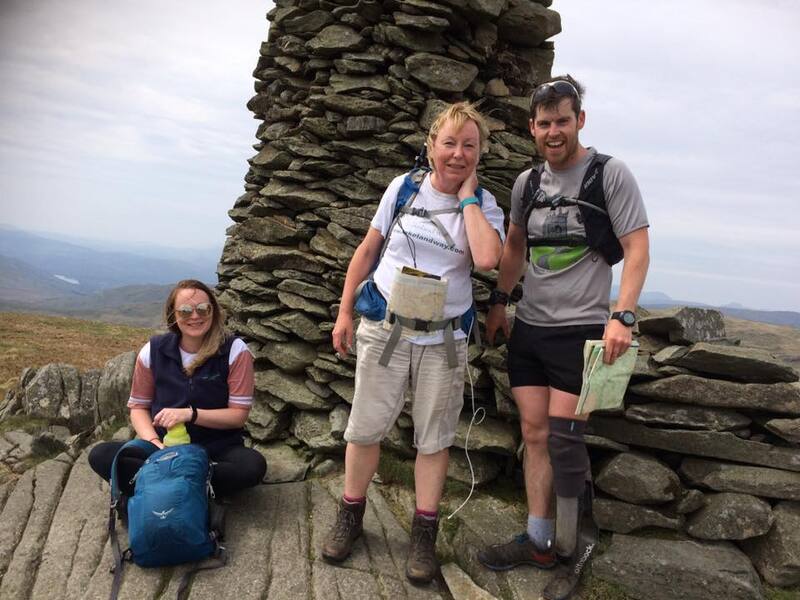